October 11, 2016, two posterior broken ribs courtesy of a cyclocross lesson. Most would’ve said “hell no” to giving it another try. As a former gymnast, I knew there would be a mental uphill battle of getting past my cyclocross demons, but it was important to get back on the saddle again and face my fears. So I did.

The weekend leading up to my birthday, I had the opportunity race in “true” cross conditions. Frigid below-freezing temperatures and snow at Salisbury Park. I was absolutely mortified, but I figured “what the hell, you only live once.” I learned that sliding down a steep hill on my ass while holding the top tube of my bike in my right hand was totally acceptable. After 3 laps, I made it. A few bruises, which are the norm in CX, and luckily no broken bones.

With so many Colorado ski resorts opening up, I was ready to wrap up my first cyclocross season. But then I received an email notifying me of my volunteer post at the Rocky Mountain Regionals. Guess I’m not done, yet.

My triathlon club had their annual holiday party Friday night. Eventually a small group of us (including our head coach Charley Perez) ended up shutting down the venue, so we took the party a few doors down the block to a dive bar with live music. The night grew late and before I knew it, 1:00am rolled around. 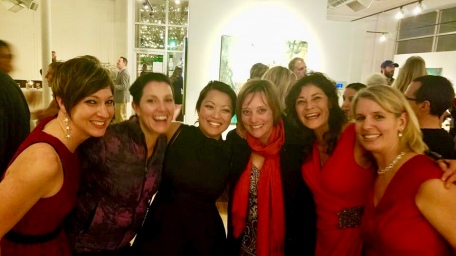 The thought of sleeping in (my call up was at 8:50am) seemed so attractive, but I just couldn’t do it. 6:00am the alarm went off, the eyelids were peeled away from the eyeballs, and I rolled out of bed. With my car all packed up, I made the drive up to Longmont for my last cyclocross race of the season.

It was a beautiful morning, unseasonably warm for cyclocross, but nonetheless it was a great day to be outside and racing bikes! Sandstone Park was full short punchy climbs, a couple barriers, and a lot of grass. Even though I was no where near a podium spot, I pushed myself harder than ever. I could feel my heart wanting to jump out of my chest, lungs about ready to burst, and leg muscles burning like crazy. It was definitely a great race to end the season.

I look back and reflect on all the new friendships, lessons, memorable moments, and all the people that were part of this journey…

The local triathlon community knows Without Limits Productions and their world class events to include the Boulder Peak Triathlon and many others. But Lance Panigutti and his staff keep on into cyclocross season long after the triathlon world has hung up their wetsuits for the year. Big thank you to Lance, Tricia, and the rest of the WOL staff for all their support, friendship, and hard work!

Another familiar triathlon fixture is Wesley Smith with Pro Bike Express. Wesley has transported my bike to a handful of races, including my first IRONMAN in Penticton Canada. As with WOL, Wesley stays pretty busy taking care of riders during cyclocross season. His windproof tent fully equipped with propane heater, Feedback Sports Omnium Trainers, and camp chairs – we have a place to warm up, relax, and stay out of the cold. Next time I’m making s’mores! Thanks a bunch Wes!!!!

Thank yous all around to the women who have been supportive, amazing, and patient in giving this newbie so many morsels of their cyclocross wisdom. I am forever grateful to these badass women on bikes!!! Your encouragement has meant to me more than you will ever know!

A cyclist depends on their mighty steed to get them from point A to point B, and through everything in between. Muchas gracias to Blue Competition Cycles and their partnership with 303Cycling in being part of turning this triathlete into a cyclocross rider project. I definitely look forward to many more races with my Blue Norcross EX, “Maximiliano!”

Last but not least, this journey wouldn’t have started without a chance meeting with this guy spectating at CrossVegas 2016 (now RenoCross), my first exposure to this crazy sport. I had no idea who Katie Compton was or that spectators were encouraged to heckle and hand out whiskey shots to racers. Poor Clint was riding behind me when I went “ass over tea kettle,” resulting in the broken ribs during our second lesson. That seemed so long ago. I’ve come so far and have conquered many demons along the way. I’m sure he is proud and probably relieved that I made it the entire season without breaking any more ribs!

From the sand pits, barriers, donut hole hand ups, and off camber turns – my first season of cyclocross was definitely a fun and memorable one! I’m so glad to have found this new sport, which has reignited my love for riding bikes. Thank you all for being part of this crazy adventure, and until next winter…keep on and HUP HUP!!!

This site uses Akismet to reduce spam. Learn how your comment data is processed.

Well, everyone’s complaining about how it’s 88 degrees in Denver right now and there’s a Winter Storm Warning with snow in the forecast for the next two days. All I have to say is, I’m sorry. Seems the weather is always nice when I leave town and the moment I’m on my way home, Mother Nature decides to show her sense of humor. 😂🤷🏻‍♀️
This past weekend went by way too fast, but filled with catching up with so many old friends that I consider family. I always enjoy reminiscing about the old times and my humble beginnings growing up on the south side of Wichita (iykyk). We also got to celebrate 100 days since my dad’s passing at the Wat Wichitaram Buddhist temple and getting to hang with my aunties. Most of all, it was bittersweet saying goodbye to my childhood home one last time. 2303, you were good to us, held up through many tornado seasons, and full of so many fond memories. Don’t know when I’ll be back again, but I look forward to seeing a new family make this special place their home.
When one UnBelizable adventure comes to an end, it just means it’s time to plan the next one! So awesome being able to swing alongside a super friendly grouper, even better being able to share it with a best friend!
The UnBelizable Birthday Weekend has commenced!!! 😆🤿🥳
Still figuring out riding with the GoPro, but here are some clips from Billy’s first rodeo in Moab. 😁🚵🏻‍♂️
Moab, you never disappoint and Billy 🚲 absolutely loved his first trip (of many)!
Loading Comments...
%d bloggers like this: